How do you plan to grow your business?

Are you a small to medium sized business and looking to grow?

With all the other form of marketing I offer as a business, it would be unfair of me not to tell you about the method that primarily works for me – and that’s network marketing.

Whilst I used to be of the opinion that network marketing (or referral marketing as it’s also known) was basically a group of people who met on a regular basis, stood about, drinking coffee and generally wasting each other’s time – find yourself in the right group and it’s nothing like that at all!

As well as being a member of some smaller groups in the Manchester area, some of which are listed at the bottom of the page, I’m an extremely proud member of the BNI Royal Chapter.

BNI Royal is a professional referral marketing organisation based in Gatley, near Cheadle, whose primary goal is to help its members grow their businesses through the exchange of qualified word-of-mouth referrals.

What makes BNI so unique?

What makes each BNI chapter unique is that only one person per professional category can be involved at any one time so that you have the full monopoly over your competitors.

Yes, it is very structured and there are rules to be followed – but that’s what makes it work since everyone is expected to give 100%.

Let the figures speak for themselves

As the world’s leading referral organisation, BNI has over 210,000 members in over 70 countries worldwide.

In 2016 our group passed £1.07million of qualified referrals between its members and with 27 fully active members at that time, this meant that each seat at the table was worth an average £39,600.00.

This year, to the end of April our total already stood at over £0.5m, so we’re well on target to smash 2016’s figures.

Now … who wouldn’t want to be a part of that?

Don’t knock it till you’ve tried it!

If you’ve never been to a networking event before, or you have and you simply thought it wasn’t for you, my advice is to give it a try again.

Today – people are really starting to embrace the power of network marketing and realise just how simple, enjoyable and effective it can be.

If your business is in the Manchester area – I’d love to invite you along to meet myself and the rest of the team at BNI Royal.

I can promise you that you’d be there in a guest capacity only – there are no funny handshakes and there’s absolutely no obligation to sign up to anything on the day! 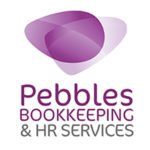 The online questionnaire was fantastic! You asked all the relevant questions and the feedback and analytics you gave us in our progress meetings was meticulous and fully explained. I would not hesitate to engage you in future projects and will refer you with confidence to my business contacts in the future.
Diane Huxley – Director, Pebbles Bookkeeping & HR 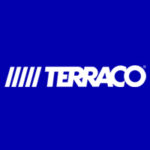 Anne-Marie is extremely knowledgeable, innovative and creative in her approach. She is also excellent at launching new products and creating awareness within the right target markets. I wouldn't hesitate in recommending Anne-Marie to anyone who is looking to energise and strengthen their marketing efforts.
Andrea Widstom – Director, Terraco Group 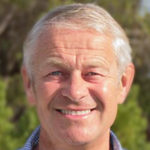 Anne-Marie always delivers to the highest standards, whilst maintaining a professional, personal & approachable view on any task. When choosing Amberry Marketing, rest assured that you'll receive the highest level of professionalism coupled with an approachable, highly-driven individual, who cares passionately about what she does.
Paul Kirby – Sales Director, Wetherby Building Systems Ltd 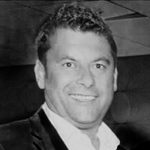 Anne-Marie and the team at Amberry have researched, written and produced some fantastic case studies and advertorials for us, which have generated some great feedback from both the industry and new customers alike. They are dependable, accurate and professional on all counts. We have no hesitation in recommending them.
Darren Smith – Managing Director, S and B EPS Ltd 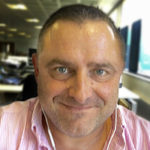 I've worked with Anne-Marie on a number of projects over the past 14 years ... she instinctively knows what works and what doesn't and her straight talking, no-nonsense approach gets real results! She's exacting in her expectations, highly focused and goes to great lengths to get the desired output for any business. Highly recommended.
Noel Hempton-Thomas – Managing Director, ICC
Top